This app allows you to group simiar apps together and place a folder for them on your phone start screen. I installed the app on my lumia 1520 (which already contains the black update) and created some screenshots.

Here is, how the app looks like after creating 2 ‚folders‘ 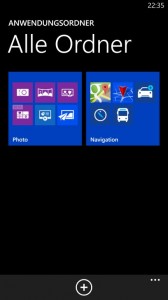 This is, where you can add apps and games to a ‚folder‘ inside the app 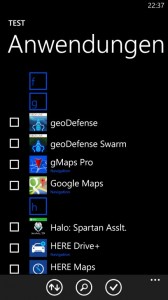 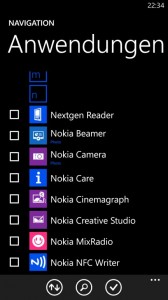 I created 3 groups, called ‚photo‘ and ’navigation‘ and ’settings‘ 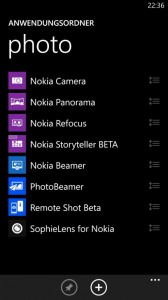 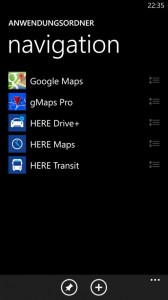 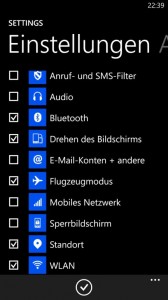 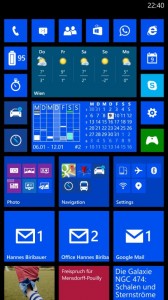 A nice way to group apps together. What I personally don’t like that much: When you tap on the pinned folder tile, the app starts and shows this list of apps in this group again.

I would have prefered a more deeply ‚integrated‘ approach here – some kind of  ‚zoom in‘ animation that shows the live tiles of the apps in the folder, allowing you to ‚zoom out‘ by hitting the back-key on your phone.

I guess that’s not possible at the moment since this would be a major change in the bahaviour of the start screen, maybe I also only need some time to get used to the ‚app start‘ approach. 🙂